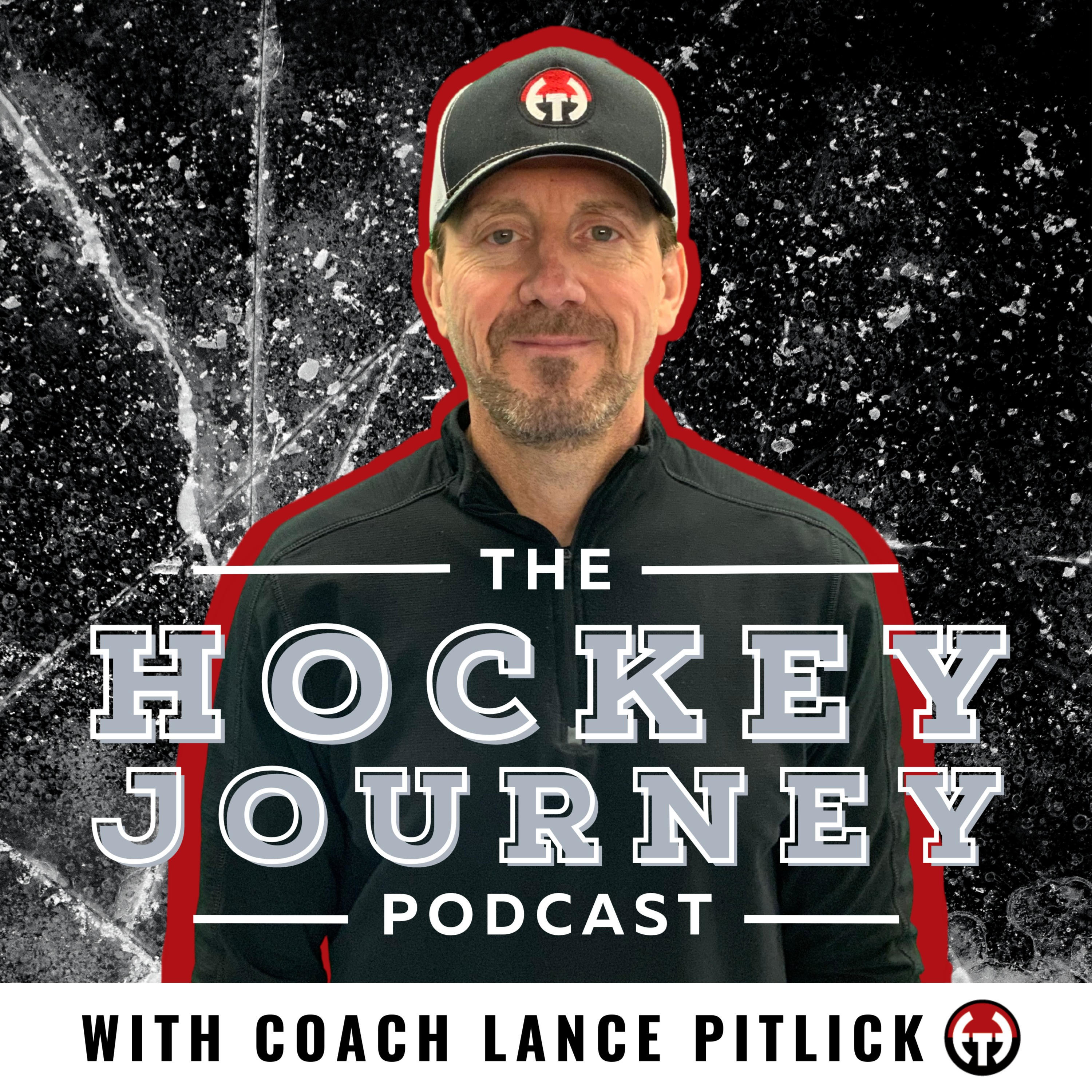 The Hockey Journey Podcast, hosted by Coach Lance Pitlick, is designed to educate, motivate and inspire hockey players, parents and coaches.. This is accomplished through the amazing stories you’ll hear from current...

The Hockey Journey Podcast, hosted by Coach Lance Pitlick, is designed to educate, motivate and inspire hockey players, parents and coaches.. This is accomplished through the amazing stories you’ll hear from current and former players, who have achieved a lot in hockey, covering both men and women athletes.

I’m starting on a hockey journey, to begin reconnecting with people from my hockey past, who made a positive impact on me at some point in my life, gave me an opportunity when no one else would, and are just great human beings. You want to take a "Hockey Journey" with Me? Stay Tuned.....

Everyone should be settling into their season by now, some of you making the team you wanted, and others did not. That's in the past, and we can't do anything about it now, but what we can do is react proactively and...
View Episode

My next guest Hans Skulstad; I've been looking forward to having him on the show because he's dedicated his life to helping others navigate through some challenging events and circumstances after earning his...
View Episode

Adversity, A Source of Strength? EP69

How do you view adversity? For many of us, it's something to be avoided at all costs, while another group of individuals views and uses adversity as a source of strength. My relationship with adversity has been an...
View Episode

Get Distracted Easily, Maybe This Will HELP? EP68

For today's episode, I'll be discussing digital distraction and how we're playing a game when online, where our attention is being harvested intentionally to further someone else's agenda. I hope that after listening...
View Episode

When you win a Stanley Cup, like my next guest Ben Clymer, you get a little extra at times, because of earning that rare achievement. Like what we got going on here today. Most of my guests get one episode to tell...
View Episode

Ben Clymer is my next guest, and he definitely had a hockey journey that included State Championships, World Junior Tournaments, a D1 Scholarship, a year in the WHL, winning the Stanley Cup, and finishing his player...
View Episode

My next guest, Chris Hansen, is probably someone you've never heard of, but he's been my best friend since I met him back in 1979, and he's got a journey and story to tell. It includes hockey, fishing, dogs, 2...
View Episode

During my playing days, I liked Stephen King and James Patterson, sprinkling in some self-help books. But after retiring from the National Hockey League and not even getting close to winning a Stanley Cup, my...
View Episode

My next guest, John Vanbiesbrouck, was pretty good at goaltending craft. This Detroit, Michigan native took a different hockey path, deciding to swim against the current, forgoing the traditional college route, and...
View Episode

My next guest Josh Tucker, established the lane he was going to travel for the rest of his life close to 2 decades ago. The road he's experienced, through thousands of consultations has propelled him to the level of...
View Episode

Nutrition - Is It Time to Start Paying Attention? EP61

I know that this podcast is directed toward the hockey community, but this episode is for everyone, because if we don't have our health, if we get sick, we can't do anything. For the longest time after retiring from...
View Episode

My next guest is Zac Headrick, founder of 24/7 Hockey and is someone I've been following for close to 10 years now, as he's been consistently putting out free content via YouTube videos and emails to help players and...
View Episode