4 Shots you Must Have: Slap shot,Wrist shot, Backhand and Snapshot 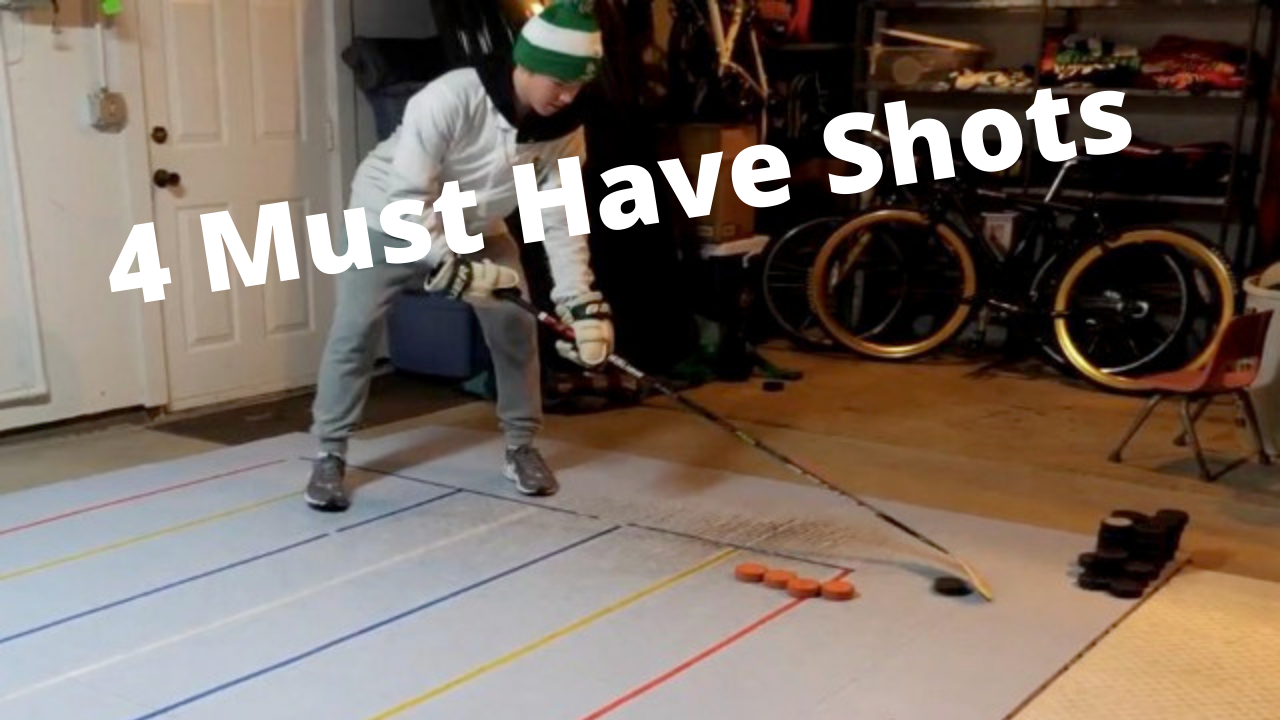 If you’d ask a hockey player to list the 4 types of hockey shots he or she uses, most would rattle off the wrist shot, snapshot, slap shot and backhand. Yes, you need to work on each shot, but I want to discuss this from a different perspective.

All four types of hockey shots are different. When you’re in tight on the goalie, the shot needs to be elevated quickly, usually using more of a pop or scoop shot. Forehand shots use more of the toe of the blade, and backhand shots are taken typically from the heel of the blade. Getting proficient and gaining confidence in tight takes some time.

When shooting from far out, most players make one critical mistake; they spend most, if not all of the time shooting forehand shots. How can you develop a wicked backhand if you never practice taking shots from that side of the body? You can’t and limit your effectiveness and long-term potential.

I ask the players I train to buy into one concept or philosophy. Whatever you do on the forehand, you have to do equally as well or better on the backhand. By doing this, you’ll automatically separate yourself from most of the competition.

Thanks for stopping by and remember to Work Hard and Dream Bigger than Everyone Else!!