Where to Shoot to Score More Goals 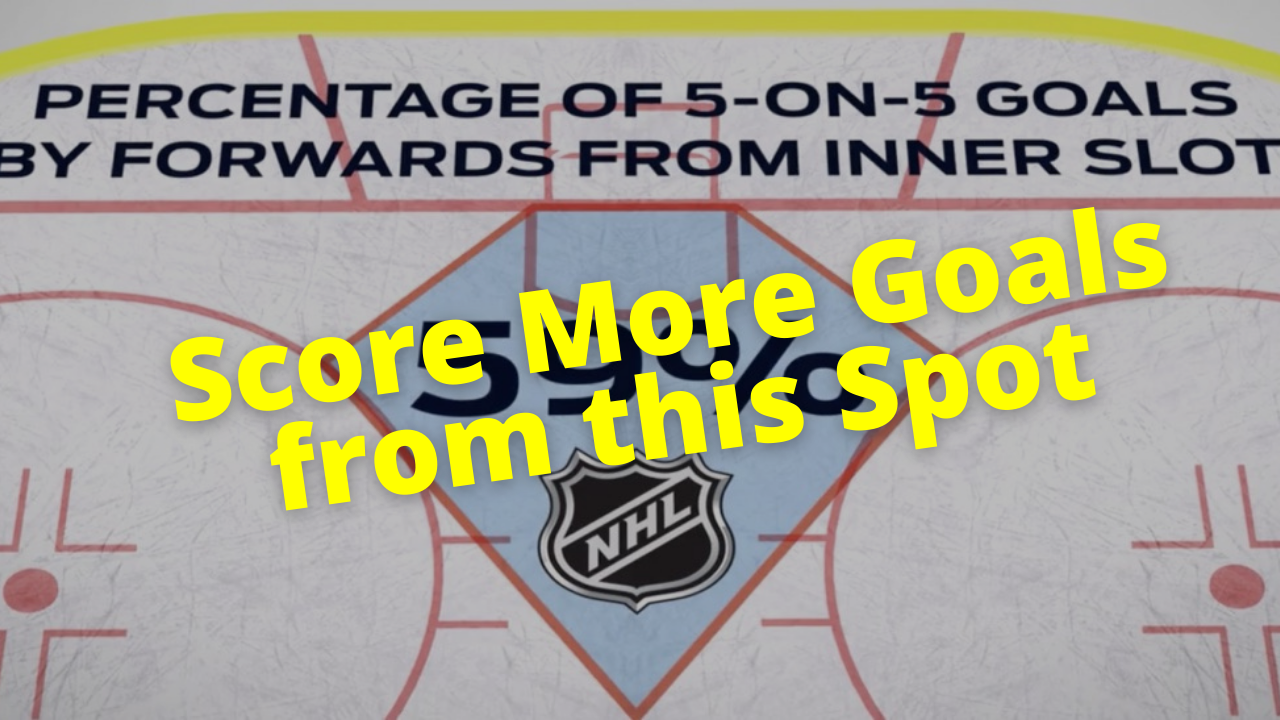 Everybody wants to know where to shoot to score more goals in ice hockey. The good news is that someone has provided the answer to that question and many more.

The Ontario Minor Hockey Association put together a fantastic visual chart, showing where every goal in the NHL a couple of seasons ago. Not only the distance from the net the shot was taken but also what was the most effective shot from that area, wrist shot, snap shot, slap shot, backhand and also tip in’s.

The majority of goals that year were scored 20 feet or less from the goal-line, which accounted for 55% of pucks reaching the back of the net. The wrist shot was by far the most effective from those distances, followed by backhand shots and tip-in goals.

So what does this mean for you? It says that you can create an off-ice stickhandling and shooting area at your house, in your garage or basement. Even if it’s a smaller space, you can get somewhere between 10-20 feet away from the net, which accounts for 55% of all goals scored in games.

Don’t fall into the trap of thinking that only on-ice practices and games will provide you with enough repetitions to acquire top-end stick skills. That’s the mindset of an average hockey player. To give yourself the best chance to play on the top teams in your area, you need to add some off-ice stickhandling and shooting training to your regular weekly hockey training routine.

If you can’t consistently score goals off-ice, don’t expect for it to happen in games magically. It’s not a switch that is turned on at game-time, where you will be guaranteed a goal or two. Players that consistently light the lamp are players that have prepared for that scoring moment for years.

Countless hours, taking shot after shot, dreaming of scoring the big goal in the biggest game. You can do the same thing, and we’re here to help. Snipers Edge Hockey, powered by CCM is the world’s leader in outfitting young hockey hopefuls with our full line of stickhandling & shooting training aids.

Start building your hockey memories today by creating your own, at-home training facility. Thanks for stopping by and remember to Work Hard and Dream Bigger than Everyone Else!!