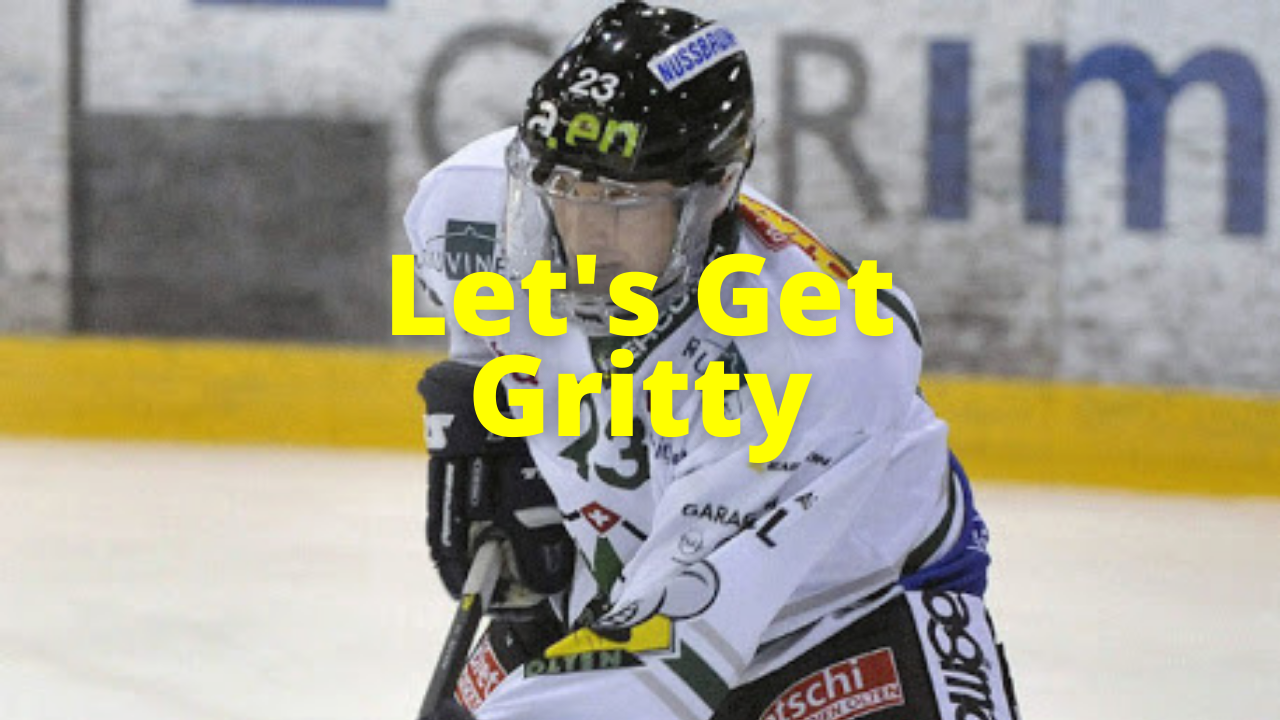 The definition of Gritty is - -

Having or showing a lot of Courage and Determination

Other words used to describe having grit are, brave, spunky, spirited, determined, tough, feisty, tenacious and ballsy.I look forward to one day of the week, and that day is Sunday, Championship Sunday!! For most youth hockey players, Sunday is the day, the day they want to be playing in the big game, The CHIP!!

Championship games are where you see the true colors of players, and I can summarize who wins most championship games with a simple question, “who had the most grit?” Who’s going to take a hit to make a play, throw their bodies in front of booming slap shots, get into the greasy areas in front of the net and never get outworked!!

You don’t have to be the most skilled to be gritty, and if you are skilled, this doesn’t give you a get out of jail free card from being gritty. To win a championship, you need everyone pulling on the same rope and playing the same way. Putting the team ahead of themselves, not caring who gets the glory, it’s all about the “W.” When this happens, magical moments quickly become a regularity shift after shift.

So how can you become grittier? I don’t know if it’s something that is taught; but only acquired through challenging experiences, events in your life where you fall short of the desired outcome. Maybe you didn’t make the team you worked so hard to be on, or getting to a long, hard fought championship game, only to lose in the final minute of the contest.

All of these heartbreaks or disappointments shape us as hockey players. Most trip over their bottom lip and feel sorry for themselves, saying things like we got screwed by the refs or point the finger at teammates for not winning that final game.

Gritty players are different. Yes, they are disappointed, but they never feel sorry for themselves. They use the agony of defeat as fuel, fuel to keep pushing and reaching for the next opportunity to compete for the top spot. Training longer and harder than they ever thought was possible, and always have that little voice in your head saying, “is someone out there training harder than me today?”

Acquiring grit is not skill based, it’s heart-based. It’s suffering through disappointment, learning from those moments in time, and doing things differently to get the desired outcome hopefully. It’s rewinding the tape of these significant events and asking yourself, did you leave it all on the ice? Did you take any shortcuts because of fear of getting lit up; or purposely not eating some rubber because of the pain you may endure? When the agony of defeat is a stronger feeling than minor bumps or bruises you get playing the game, you now are ready to win a championship and have acquired Grit!!!

Until next time, Work Hard and Dream Big!!