Do You Have A Pre-Game Routine? 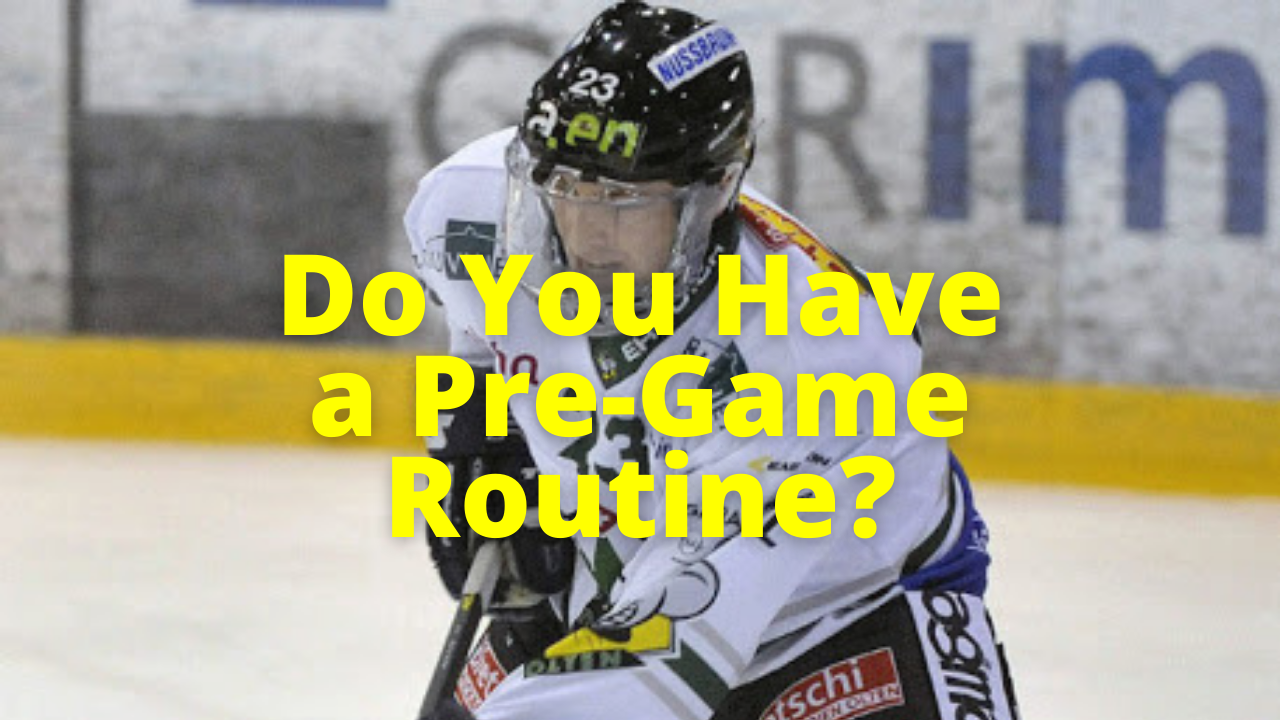 A player's preparation is critical because it sets the tone. Many hockey players have a pregame routine or ritual before every game.

The pregame routine becomes part of the game preparation process. Your ritual doesn't have to be one thing either; it can be a combination of things, like listening to music and then sitting by yourself while visualizing what plays you will make during the next game.

A practice among many players is listening to music on their way to the rink, as it can help them get pumped up before they get onto the ice.This helps us calm our nerves and focus on making good plays right from the start instead of getting frustrated with ourselves for not playing our best at first.

Music is a powerful tool before, during, and after your game and can maximize your performance.

Sleep increases your mental alertness, improves coordination, and decreases reaction time. The nap should be taken at least 30 minutes before the game.

The importance of napping is demonstrated by the fact that many star athletes like Roger Federer (tennis), LeBron James (basketball), and Novak Djokovic (tennis) also subscribe to the power of a nap. You can also include this in your daily life to deal with stress better.

Blackhawks' Jonathan Toews told ESPN that he likes to watch SportsCenter before every game. "I do it just to get myself focused and energized," he says. "It's always good to see what's going on in the sports world, catch up on any big games or events since the last time you flipped on a TV. I try not to let it put too much pressure on me. I use it as kind of a way to relax before the game and take my mind off things for a bit — especially if our team is in the show or featured in some way, which doesn't happen all that often anymore but definitely used to happen more often when we were winning Cups! It can also be nice getting some inspiration from other athletes playing at such an incredibly high level and reminding yourself why you love sports so much by watching them do their thing night after night. If there's ever been any type of pregame routine or superstition that has worked for me over the years, it would definitely be watching SportsCenter before games. And I don't know how long I'll keep doing it either — but hopefully, like everything else in sports … forever!

There's nothing worse than getting a side stitch in the middle of a hockey game, especially when it could have been avoided. This is why Bergeron abides by his pregame superstition of not eating too early. "I always like to leave about 2 hours before the game starts to get my meal because I'm superstitious about having too much time where I eat and then play," he says. "It started in 2015, and I still do it today."

Kane's love of playing ping pong as part of his pregame ritual may convince more NHL teams to invest in portable tables and make it part of their pregame routines. It makes sense when looking at how vital hand-eye coordination is for hockey players (especially goalies) and how playing sports such as tennis or badminton helps with that skill development.

The importance of meditation for the athlete is that it helps calm you down. You might say, "But I'm calm when I play!" That may be true; however, as an athlete, you still have a lot going on in your brain and body before you compete. It is also important to note that being in a calm state doesn't mean that you can't work hard or compete with intensity. Meditation can be explained as becoming aware of your thoughts without trying to control them, allowing them to come and go without judgment. Letting thoughts come and go without judgment is an essential part of mindfulness and will help you focus better during the game.

The tradition of receiving a good luck message from his mother has been one of Malkin's pregame rituals since he was 8 years old. The message is read aloud by Malkin on the team bus right before they get to the rink.

We can now share this tradition with all Penguins fans for the first time.

Remember to always Work Hard and Dream Big!! All The Best!! Til Next time….