Dad's View: Armed with Skills to Defend Yourself 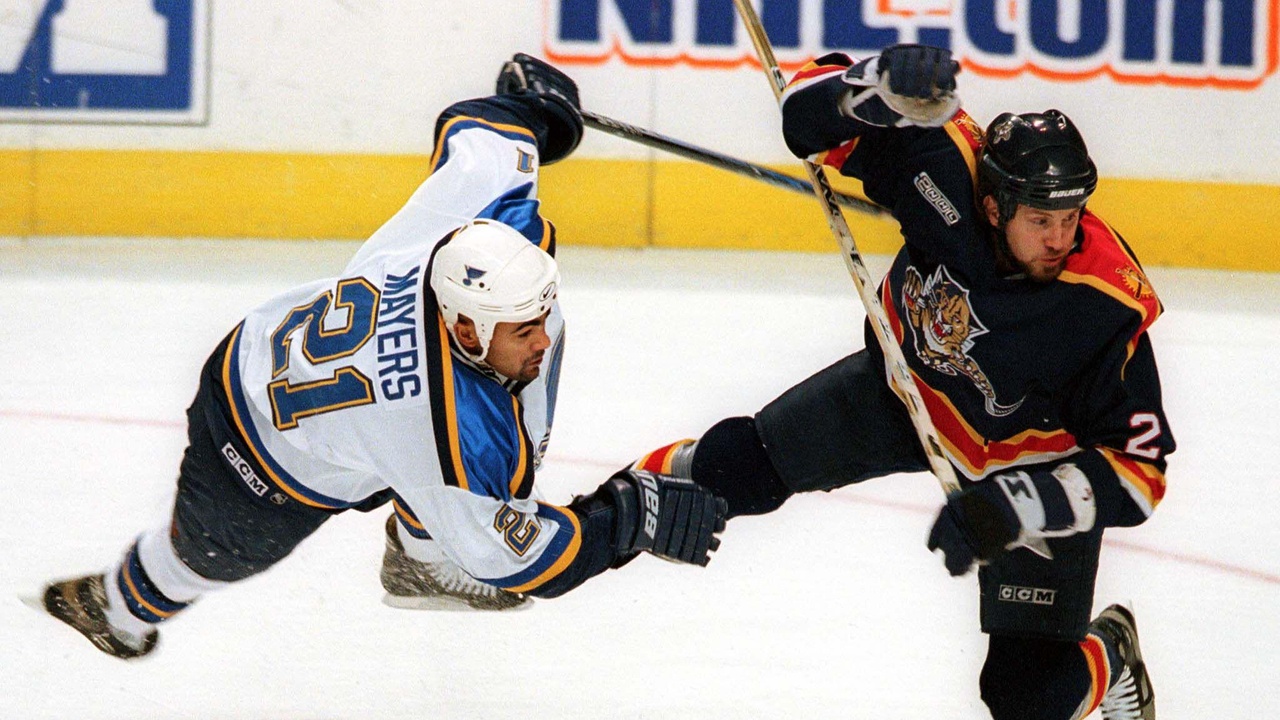 MONTREAL - Unlike many parents who dream of a golden retirement when they realize their son could become a hockey millionaire, Lance Pitlick was left uncomfortably giddy when he realized his son Rem was developing a passion for hockey.

That same dizziness came over him when his son Rhett insisted on following his big brother to the rinks.

"I was scared," said Lance without the slightest embarrassment and restraint. At his home in Minneapolis, Lance Pitlick was joined by the RDS.ca Friday.

"I was afraid of what could happen to them on the ice. I began to wonder how the hell they would be able to deal with the solid checks and not-always-legal blows they would take if they became good enough to be targeted by their opponents. My guys have always been among the smallest in their age group.

More simply, Lance Pitlick was afraid that his sons would cross paths with others like me. 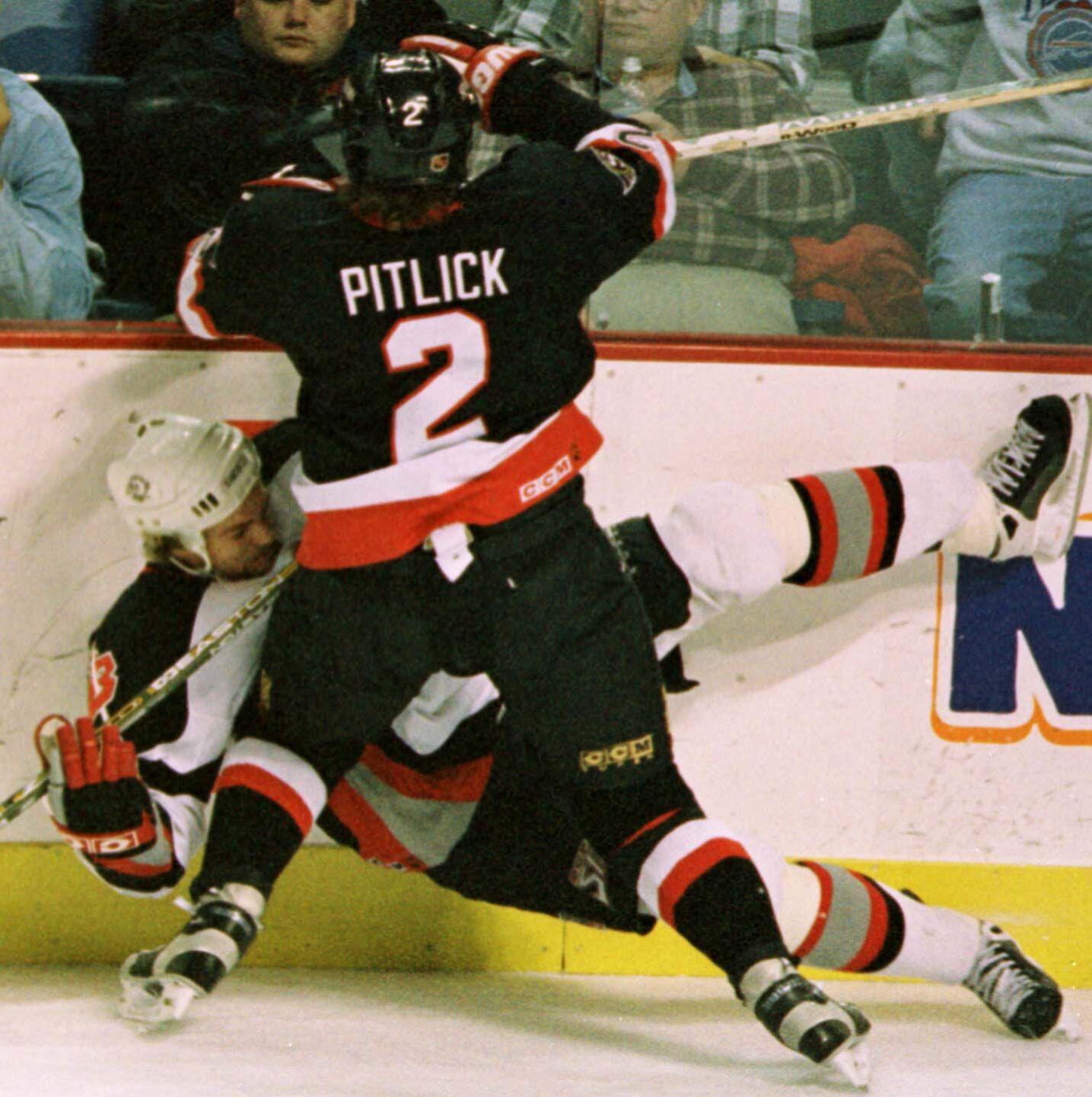 For those who may have forgotten, Lance Pitlick played 393 NHL games over his five seasons with the Ottawa Senators and three with the Florida Panthers.

Drafted in the 9th round in 1986, Pitlick struggled before reaching the NHL and was Labeled as a minor league player. Pitlick, this blue-collar defenseman, played his first big league game at the venerable age of 27 when the Senators were still one of the league's worst clubs.

Pitlick is the first to acknowledge that it was his shoulders, his desire to win, and his willingness to do whatever was asked of him that allowed him to play in the big league and stay there.

I realized I was analyzing the situation from the wrong side of the ice. I had to stop thinking about the players I managed to neutralize on the ice and think about those who I never managed to hit. The ones I couldn't hit skated fast and well.

This thought changed everything.

Overnight, I understood that it would be better to develop our sons' talent rather than teach them to deal with the repercussions of the assaults that I worried about. I made it my mission to arm the boys with the skill to defend themselves.

The idea was good. The means to carry out this project were less so. Because, in fact, of raw talent, Lance Pitlick was limited. Very limited.

The hands that allowed his son Rem to surprise goaltender Ilya Sorokin and score the decisive goal in overtime at the expense of the Islanders on February 20 in New York, the hands that allowed him to achieve ten goals in 35 games so far. This season, four of which in 15 games played with the Canadiens since he was acquired on waivers on January 12, therefore do not come from the father's DNA. They may come from their mother, Lisa, who put aside her dream of becoming a doctor to follow her husband from town to town in search of the team that would give him a real chance. But they don't come from the father. That's for sure!

Unable to bequeath to Rem and his younger brother the ammunition necessary to win the battles and ultimately the wars on the ice, Lance Pitlick took steps to ensure that his sons developed their talent.

"I could easily explain the virtues of the strength of character, explain the importance of keeping your head held high and always being aware of where the dangers could come from. But I was in a bad position to give lessons in the art of skating. Even less in the art of handling and controlling the puck, "says Lance Pitlick, who has done neither one nor two: after having worked hard to reach the NHL, the former defender with the iron will and the hands of steel returned to the school benches.

"There was no internet back then. So I signed up for everything I could find in coaching training. I bought loads of DVDs which I watched religiously. I have spoken with coaches at all levels who have helped me apply to practice. This knowledge has allowed me to teach hockey, to show young people how to develop their talent, their hands, their skating, how to use all these weapons to win the battles they would fight against those who would try to prevent them from having success on the ice and achieving their dreams.

The iron-handed defenseman even challenged himself to learn how to handle the puck from the left. A feat for a talented guy. A miracle for a guy who had very little.

"I felt like I had to get there to help more left-handers understand what they needed to do to improve their puck handling. It wasn't easy, but it helped me a lot, and it made me a much better teacher," says Pitlick.

He, of course, taught his sons Rem and Rhett that the Canadian drafted in fifth (131st selection ) in 2019. The Canadians acquired their cousin Tyler in the transaction that sent Tyler Toffoli to Calgary.

But he didn't stop there. That no!

He has founded and developed several hockey schools since 2009; Lance Pitlick, better known in the state that is the birthplace of hockey in the USA as "Coach Lance," has his students in the hundreds, if not thousands.

Grace Zumwinkle and Dani Cameranesi, two members of the US Olympic team who lost the gold medal match to Marie-Philip Poulin and the Canadian team at the last Beijing Olympics, went through one or the other of its schools.

"We're getting into the big school hockey tournaments in Minnesota, and I've got loads of kids on all those teams. It makes me very proud to see so many boys and girls realize their passion for playing hockey. No matter the level. I never think that such a boy has what it takes to reach the NHL or that such a girl will be able to defend the colors of the USA at the Games. I think about allowing them to develop their skills to go as far as they can. I had the chance to make a living from hockey. I had the chance to pass on my passion to my sons. And I still have the chance today to help all those who love this sport to practice it. »

A follower of Martin St-Louis

Although he contributed to the development of his eldest son, Lance Pitlick refuses to take any credit for Rem's successes.

"I teach, but it's the young people who do the rest. Who impose the sacrifices on themselves and go even further in their quest for excellence," assures Lance Pitlick, adding that it is sensational to see Martin St-Louis directing his son to the Canadiens.

"Rem has always been an emulator of Martin St-Louis. Because he was smaller than the others, Rem was often inspired by what Marty was doing on the ice to understand what he should be doing too. We'll tell each other, if you're aiming for a place in the top-6 in the NHL, drawing inspiration from what a great player like Martin St-Louis has accomplished can certainly help," underlines Pitlick.

Maybe because he spent a lot of his life in arenas as a player and still spends a lot of it as a teacher – he also does a lot of gym and video work – Lance Pitlick doesn't travel to the four corners of the hockey world to spy on his sons.

"I attended Rem's first game with the Minnesota Wild last year. This year, I went to Rhett's first game with the Gophers – the University of Minnesota club. That's all. Hockey is undoubtedly crucial in our household, but we have always placed a greater emphasis on family. With two sons and a nephew on Montreal, I will probably have to go to Montreal.

Although he won't be in Ottawa, where Rem was born in April 1997 when his father was defending the colors of the Senators, Lance Pitlick will count on the presence of a spy in the stands of the Canadian Tire Centre.

"Rem's godmother, Carla St-Germain, still lives in Ottawa. She's been a lifelong Senators fan. She had a sweater made in the colors of the Sens on one side and the Canadiens, her godchild's new team, on the other side. I will receive her comments and analyses in real-time throughout the match. »

Whether or not he is present at his sons' games, Lance Pitlick is no longer unsettled by the fear that made him giddy when his sons gave the first signs that they could be good, even very good, at the game. No players are to injuries. But "Coach Lance" knows his sons are armed with the talent and the skills to not only defend themselves on the ice but to achieve their dreams there.