Are You A Big-Game Player? 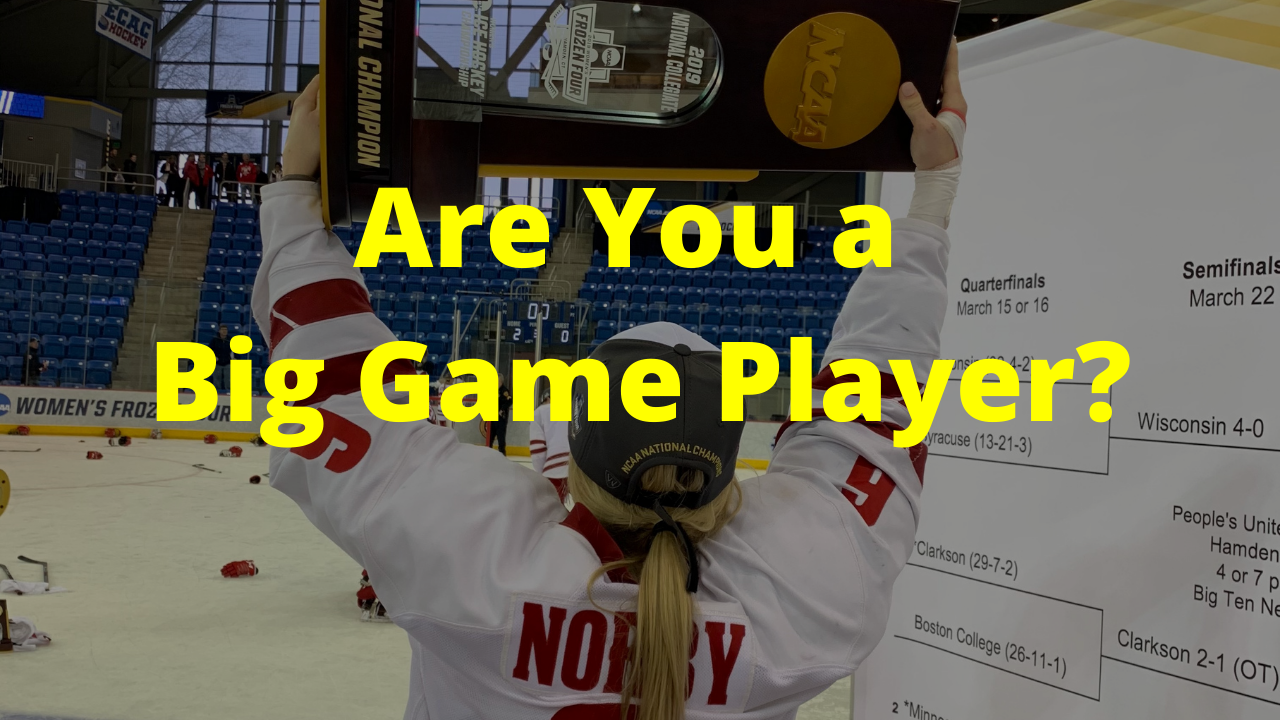 It’s amazing to me to see how some players are just magical the bigger the stage. They super-size everything, have ice running through their veins and never seem to get rattled no matter how big of a pressure cooker it is. You see this all the time in playoffs where there are different rounds leading up to the finals and championship games, but you also see this regularly in overtime games at the youth levels.

I put players into two categories when talking about big-game players, you are someone who wants to be on the ice and want the puck, or you’re a player who likes to watch them. Sure, everyone dreams of scoring the triple over-time, championship goal, but let's face it, there are only a handful of players that can actually pull it off. Why isn’t every player the same?

I believe that only a small percentage of players understand this one concept, that in order to earn the big prize, you have to risk everything. You can’t be worried about the potential mistake or what might come from it. They lose themselves in the moment and know if they get the puck, they will score.

Other players might say they want to be on the ice, but the fact of the matter is they really don’t want to be out there for fear of failure. They don’t want to be the player responsible for losing the game from making a costly error. Mom and dad may say their son/daughter lacks confidence, resulting in them not wanting to be put in the spotlight.

Confidence is earned and what I’ve seen demonstrated by the players I’ve coached, is that the ones who are the hardest workers, both during practices and games, do off-ice stickhandling and shooting, are the ones who want to be out there, where they can lay it all on the line.

Big-time players live for big-time moments because they know they are ready for whatever is to come. The bigger the situation, the more excited they get. Cocky? I don’t think so, it’s complete confidence and this has been earned over the years through countless hours of practice, preparing for that very moment.

Achieving a goal without a plan is just a wish. Executing the plan over time will give you the best chance to reach your dream and make that wish come true.

Remember to Work Hard and Dream Big!! Till next time, have a great week!!