Breakaway Tips to Light the Lamp 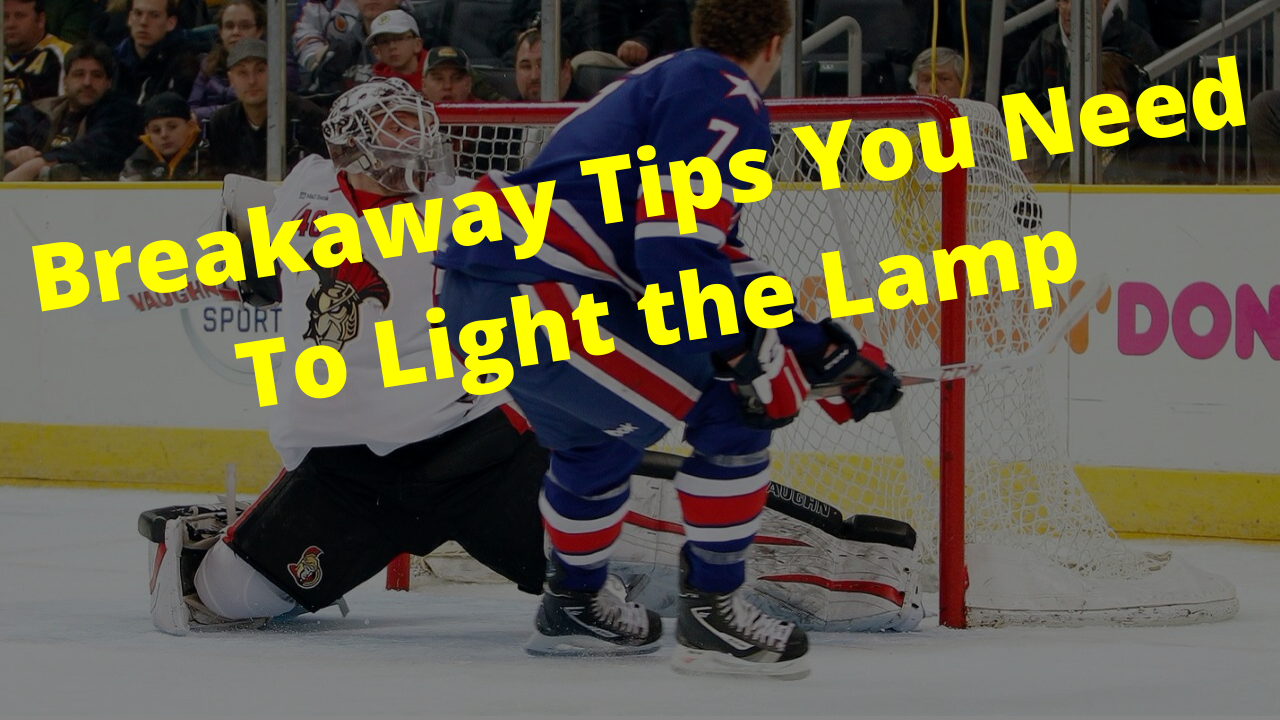 There’s no better feeling for a hockey player when you split the defense and are off to the races on a breakaway. Players on the bench stand up and everyone in the rink takes a deep breath to see who’s going to win this goalie vs player one on one battle.

Most breakaway opportunities happen close to the neutral zone, where a pass is picked off or a shot is blocked near the defensive blue-line. The other most common breakaway happens when a player gets behind the defensemen near the offensive blue-line and receives a pass, springing them in alone uncontested.

What I’d like to do is give you some breakaway techniques and hockey tips for forwards, to better prepare you to be successful and score more goals. Let’s get started.

Once the breakaway opportunity has been established, you first identify if you have the time or will you be rushed because of a backchecking opponent. If your time is limited, then you probably should be thinking of protecting the puck with your body and attempting to get a quality shot to the net.

When it’s a shooting situation, it basically comes down to how quick and accurate your shot is. Can you overpower the goalie with a rapid release and outmatch their cat-like reflexes? You are the only one who can answer that question, but if you’ve practiced enough, I’d bet on you!!

The other factor I should mention is ice conditions. If it’s late in the game and the ice is chewed up, you probably want to go with a shot, but if it’s early in the game with fresh ice, then a move, fake or deke is an option you can consider.

Simplicity is better when considering what move should be made on a goalie. I instruct players I train to have 3 specific deking options from 3 different points of attack. One coming in from the right side of the net, another from the center of the ice and finally the left side of the net.

I would suggest having 3 separate faking options or moves depending on what lane you’re attacking from. Work on mastering each one both off and on the ice and be able to execute consistently. If you do this, the next time you find yourself in alone on the goalie, you’ll be stress-free and ready to tickle the twine.

If your move toolbox is a little empty, I’ve provided you a short video with 3 different options you can check out. Thanks for stopping by and remember to Work Hard and Dream Bigger than Everyone Else!!