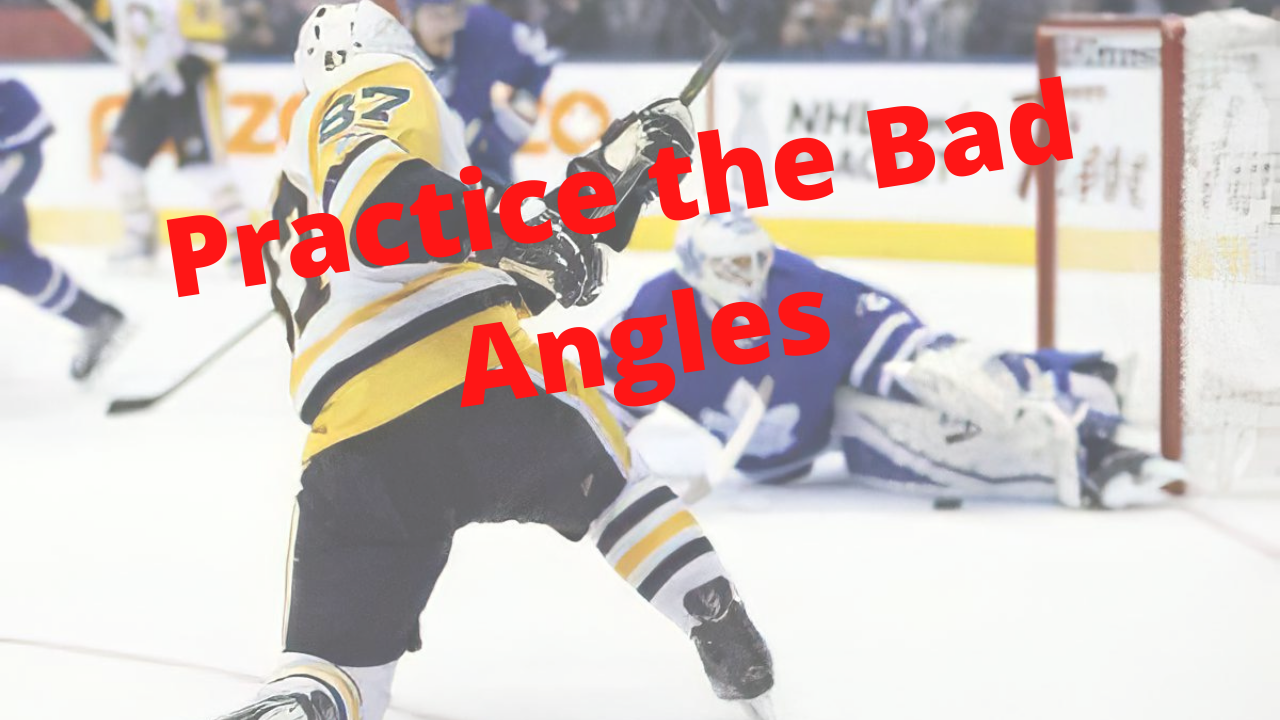 When practicing your hockey skills, try to use the same slogan that Apple uses, “Think Different.” Most players think of scoring a highlight-reel goal, coming down the slot and sniping top shelf. Very few hockey players challenge themselves to go about things from an alternative perspective.

The quote by Dennis Waitley “Expect the Best, Plan for the Worst, and Prepare to Be Surprised “ are words every player should live by. Don’t only dream and practice hockey plays or hockey shots that are common and happen regularly in games.

Dig deep and find unique scoring opportunities that have happened to hockey players in the past. Go to YouTube and search for the best NHL goals of all time and that will give you a good starting point. You’ll see some nifty stickhandling sequences and awkward desperation hockey shots. The one thing you’ll notice is that wherever the shot was taken from, they never gave up on the play.

When practicing off-ice stickhandling and shooting, focus on creating drills that are

Chaotic. Come up with multiple pattern progressions that include cupping, slip unders and popovers, side-to-side movement and puck position change around the body. Finish each drill with a lousy angle, different shots, both close to the net and far out.

I’ve included a video of a simple hockey shooting drill, where we’re simulating goal-line shooting from the corner when it’s late in the game, down by 1 and needs to get the puck to the net before time runs out.

As you’ll see, we work on perfecting both forehand and backhand shots. As I told the girls, you have to create off-ice situations that may happen on the ice. By doing this, when the opportunity presents itself, you’ve already been there and have a much higher probability of making the play under pressure.

Thanks for stopping by and remember to Work Hard and Dream Bigger than everyone else!!